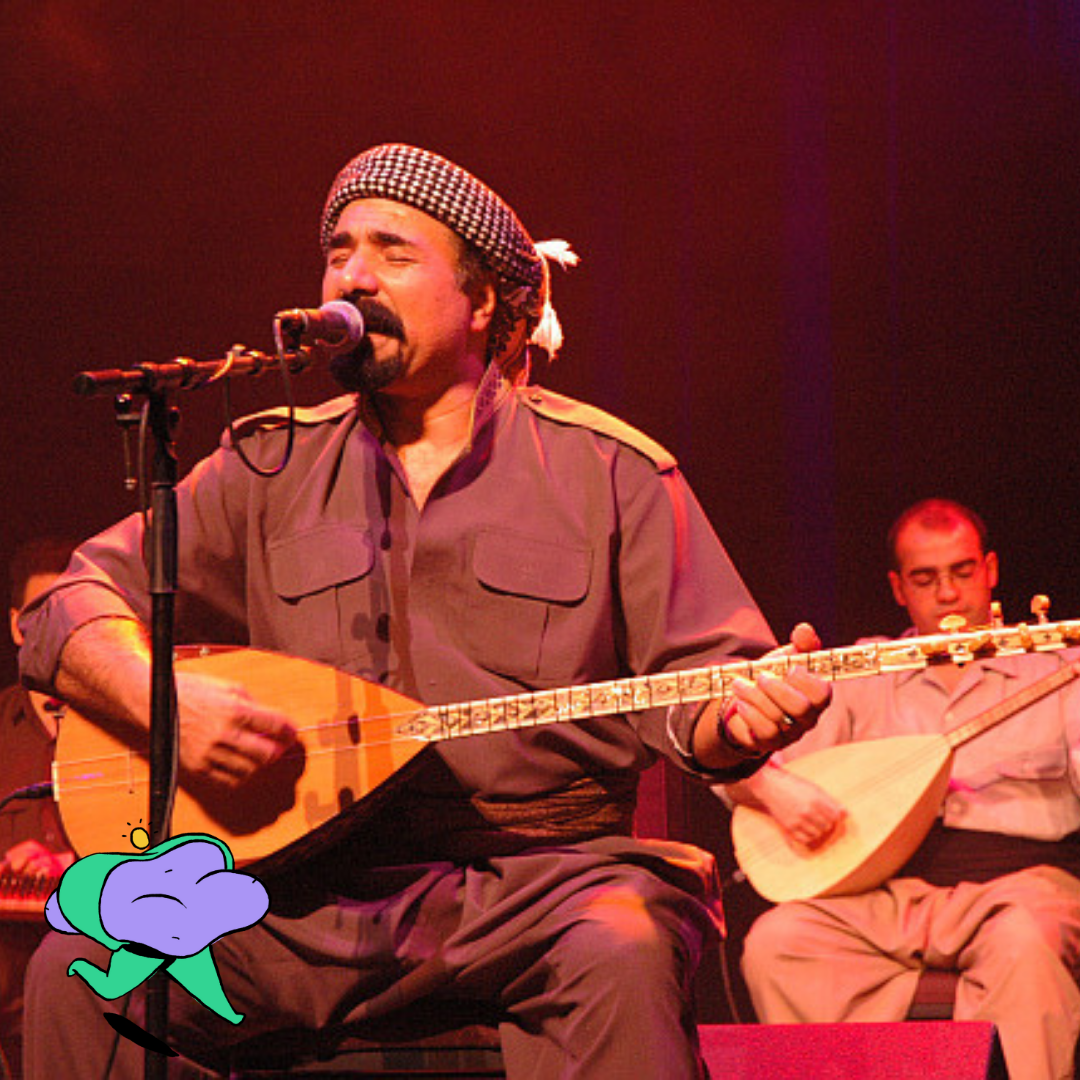 Şivan Perwer was born on 23.12.1955 in Kurdistan of Turkey, he is a Kurdish poet, writer, musical teacher, singer, and performer on the Tembûr. Perwer fled Turkey in 1976 due to his Kurdish patriotism and political tones of his music and lived for 45 years in exile . He still lives in exile to this day. Şivan Perwer lives now in Germany but he is a swedish citisen. He is still very active in his musical profession even by 66 years old and feels younger and activer . Şivan Perwer holds several honorary doctorates in music. For many years, Perwer's songs were banned in Iraq, Syria, and Turkey because they are sung in Kurdish and often cite the oppression against the Kurdish people in the Middle East, most notably Turkey. Cassettes of his music were passed along from hand to hand, despite the risk of imprisonment or death. Şivan became famous during the period of Kurdish protests against Iraqi rule at Ankara University in 1972. His homemade recordings were smuggled over the border, while thousands of people came to see him perform live. Fearing for his life and the welfare of his family and after calls from Turkish authorities demanding his arrest, he fled Turkey and settled in Germany in 1976. There, Perwer recorded his first official album of traditional Kurdish songs. In 1991, Perwer performed at the "Simple Truth" Live aid concert, alongside Chris de Burgh, Madonna, Rod Stewart, as well as other international artists. The proceeds from the concert went to the aid of Şivan Perwer for refugees in the Iraqi Kurdistan fleeing the Gulf War and was considered as one of the most important humanitarian efforts for the region. Music of Şivan Perwer had a strong influence, since his songs were often about the karker (meaning worker in Kurdish). In 2004, Şivan took an initiative for the improvement of culture in society by establishing the Sivan Perwer International Cultural Foundation in Frankfurt, Germany. In 2006 Şivan Perwer was featured on PRI's The World in their Global Hits segment. Thus far, Şivan Perwer has over thirty albums, music videos and documentaries. He has written several books and several other publications as well. Şivan has a career expanding over forty years and has received many honorary Doctorates and International World music prizes. Şivan Perwer received in 2004 for his song “Min bîrîya te kiriye” The Grand Prix du Disque award for World Music is one of a number of prizes awarded by L'Académie Charles Cros in France. Şivan Perwer has more than 26 albums, which are in the following sequence: Govenda Azadîxwazan (1975) Hevalê Bar Giranim (1976) Herne Pêş (1977) Ey Ferat (1978) Kîne Em (1979) Hay Dil (1980) Gele Min Rabe (1981) Agiri (1982) Bilbilo / Ferzê (1983) Dotmam (1985) Lê Dîlberê (1986)