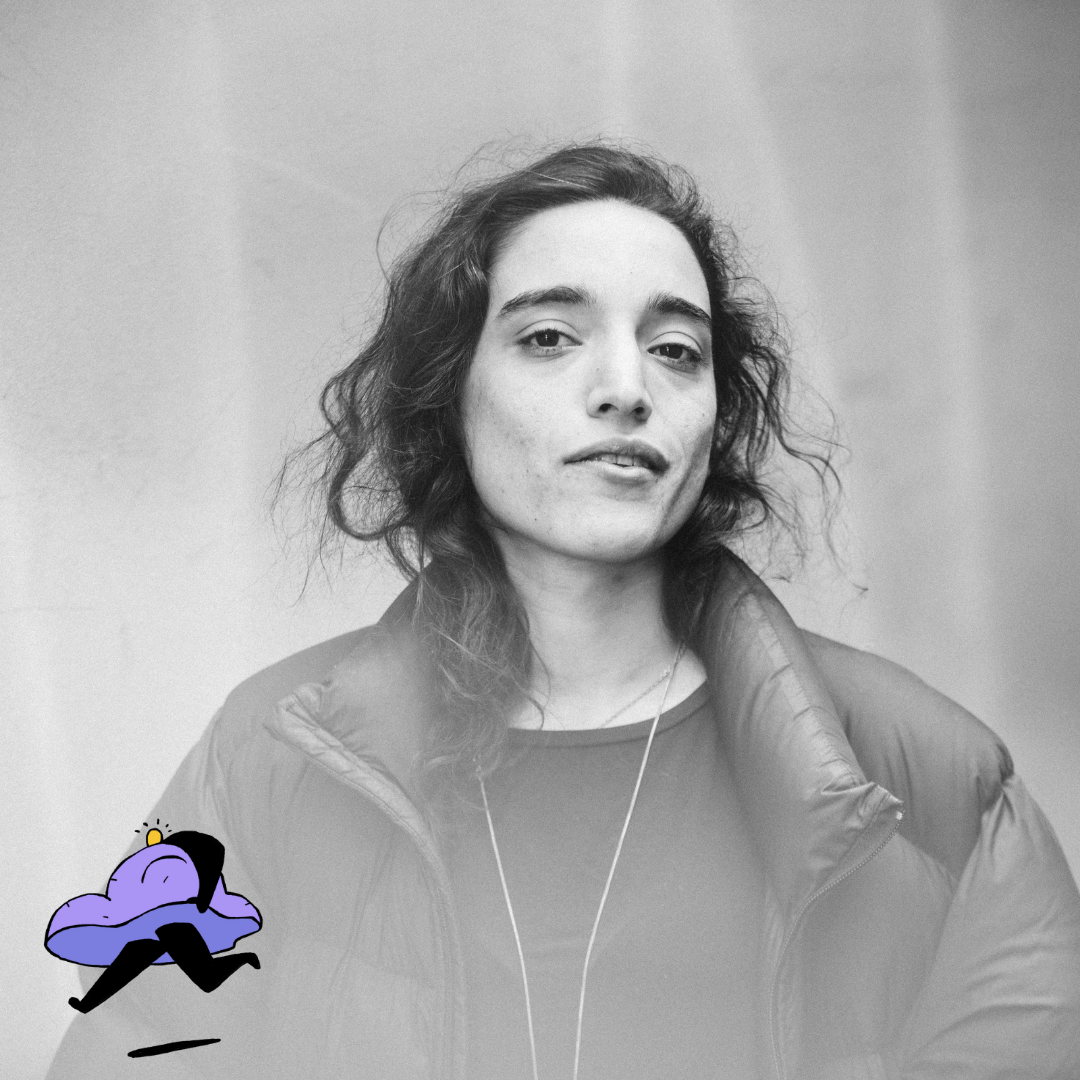 Sama’ Abdulhadi’s rise to becoming one of the first DJs to emerge internationally from Palestine can be traced back to Beirut, where she immersed herself in the burgeoning local techno scene. Her years in the Lebanese capital not only developed in her a singular musical aesthetic, but educated her as to the technicalities of mixing records and forming a narrative by doing so. Her sets, while rooted in high-octane, punchy techno, have a distinguished and defined ark, encompassing a broad range of sounds in their beginning and end. It’s a style that can be traced back to her teachers, two DJs who instilled in her the value of adaptation and track diversity. “The music is Berlin techno, but I perceive it in a Lebanese way,” Sama explains. Sama’s story begins in Ramallah, Palestine’s de facto capital. Moving there from Jordan, her place of birth, she first connected with hip-hop and rap, the region’s foremost alternative genre. A penchant for music was evident at an early age, but it was the technical side that drew her in first, leading her to study in Beirut. She returned to Palestine with a new understanding of electronic music, and brought with her the techno genre, inspiring a local community of artists that continues to flourish in the face of the geo-political restrictions imposed upon it. Intent on pursuing a career in Music Production, Sama’ studied Audio Engineering at SAE Institute London, the basis for two albums as Skywalker, her former alias, and a job in Cairo, Egypt, where she began working with bands and designing sound for moving picture, including Egyptian films like “The Builders” and “Thread and Wall.” It was during this time in Egypt that Sama’ also trained with Oscar-winning sound designer Nicolas Becker (Sound Of Metal), and later partnered with Arabic music incubator Eka3 to start her own publishing agency, Awyav. It wasn’t until much later that DJing became her focus, sparked by a run of gigs that has continued ever since. Her education in music continues to inform her work: not only has it had a big impact on how she hears sound, but she sprinkles real-life samples throughout her sets, recorded on her travels and shaped back in her studio. In 2018, she performed at Germany’s Fusion Festival and Hungary’s Sziget Festival, but it was her Boiler Room set, viewed now over seven million times, that identified her talents to the wider electronic music community. While touring every weekend, she bases herself in Paris, France, after completing a six-month residency at the International City of Arts having been selected as a Laureate by the French Institute. Much beyond the success she’s already enjoying, Sama’s goal has always been to put Palestine on the musical map. While she continues to excel on all fronts, she uses her status as a rising touring DJ to support the growing number of musicians at home. Besides advising them on the challenges they’ll face, she helped set up Union, an artistic community in Ramallah that also serves as a platform for DJs and producers to better their skills. Lockdown has proven to be a testing time for Sama’... It began participating in key streams for the likes of Beatport, Monegros and many causes she feels passionate about. However, it was her Beatport Residency that sparked controversy worldwide over New Year 2020, where she spent the last night of the year (and far too many other nights) in jail for charges of ‘desecrating a religious’ site when recording one of the Beatport recordings in her home country. Despite having an official permit to host the recording, the charges have yet to be dropped. However, she was released after eight days from jail when over 100,000 people signed a Change.Org petition to campaign for her release – including support from Roger Waters (Pink Floyd), political activist Angela Davis and the DJ community. Sama’s name has gained huge international recognition now for her positive approach to trying to promote the Middle East electronic music movement, with the Residency with Beatport shining a light on undiscovered and emerging talents from Egypt to Iran. Sama’s focus is now about bringing things back to the music – with her first recording as Sama’ Abdulhadi coming out on the new Circo Loco label / compilation in partnership with Rockstar Games. Sama’s also remixed Jane’s Addiction and a vocal sample from Jim Morrison – it was released on January 1st whilst she was still in jail. Sama has the ability to spin everything into a positive place, she’s appreciative of every opportunity, and now wants to ensure that her music is the reason everybody is talking about her music once more.